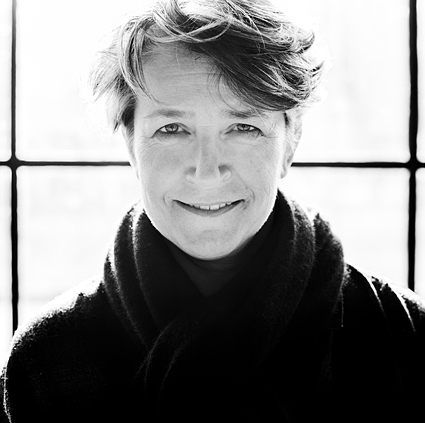 An essay by: Angelique Spaninks

An essay by Angelique Spaninks

‘Free will is overrated. I do not make decisions outside the Universe and then plunge in, like an Olympic diver. I am already in. I am like a mermaid, constantly pulled and pulling, pushed and pushing, flicked and flicking, turned and opened, moving with the current, pushing away with the force I can muster. An environment is not a neutral, empty box, but an ocean filled with currents and surges.’ (1)

As an avid non-fiction reader I have been wondering for years about the alarming titles in the popular science department. We live in an ‘Age of Earthquakes’ (2) for instance, in a hybrid state of ‘Next Nature'(3) and the irreversible era of a ‘Defiant Earth’ (4). Nature has run amok, culture has lost its way, everything is shifting.?Academia, the media and the arts are buzzing as well, with the Anthropocene, with Posthumanism, a Non-Human Turn and Dark Ecology (5).

Each of these words represents a way of thinking about, and interpreting, the need to face the changing dynamics of time and place, Earth and humanity, nature and culture, that is occurring right in front of our eyes. But when we face it, what do we see?? We see the incredible complexity of matter that connects the smallest atoms to the most far-flung galaxies – and everything in between.

We see ourselves, humans, no longer the measure of all things but simply things among other things; from bacteria, bicycles and supercomputers to plastic cups, forests and space stations. In the popular and influential writings of philosopher Timothy Morton this complex of things becomes a ‘mesh’ in which all living and non-living things are bound up together.(6)

But that is not nearly all: there are things, according to Morton, that are beyond our understanding. Things he calls hyperobjects(7). A hyperobject can be defined as an intangible thing, massively distributed in time and space, that concerns and impacts us all on some smaller scale but that is impossible to comprehend in its entirety. Climate change is a hyperobject for instance, or evolution, the internet, black holes and the biosphere.

In fact, Earth could be considered to be the hyperobject of all hyperobjects. Despite the beautiful NASA photographs of this marvellous small marble with its blue stretches of water, its brown continents and white veil of clouds, and despite our almost daily awareness of what we call globalisation, we are still unable to truly grasp the world.

Moreover, the clearer it becomes that we humans are responsible for the far-reaching changes Earth is presently going through, the less capable we seem to understand it, leave alone control it in any way. This is the reason why we are looking for new concepts, why all the books I devour and all the provocative theories and visions so hotly debated in science, media and art – oh well, and even in politics sometimes – actually revolve around one single image: that of the world.

What is the world? How can we know the world and, most of all, how do we relate to it? Underneath it all is the search for a still deeper, existential essence. What is being?

1 Timothy Morton, Humankind (Verso, 2017) p.189
2 Shumon Basar, Douglas Coupland, Hans Ulrich Obrist, The Age of Earthquakes. A guide to the extreme present (Penguin Books Ltd, 2015)
3 ed. Koert van Mensvoort, Hendrik-Jan Grievink, Next Nature. Nature Changes along with us (ActarBirkhäuser, 2011)
4 Clive Hamilton, Defiant Earth. The Fate of Humans in the Anthropocene (Polity Press, 2017)
5 Timothy Morton, Dark Ecology, For a logic of Future Coexistence (Columbia University Press, 2016)
6 “All life forms are the mesh, and so are all the dead ones, as are their habitats, which are also made up of living and nonliving beings. We know even more now about how life forms have shaped Earth (think of oil, of oxygen—the first climate change cataclysm). We drive around using crushed dinosaur parts. Iron is mostly a by- product of bacterial metabolism. So is oxygen. Mountains can be made of shells and fossilized bacteria. Death and the mesh go together in another sense, too, because natural selection implies extinction.” Timothy Morton in The Ecological Thought (Harvard University Press, 2010) p.29
7 The term Hyperobject was introduced by Timothy Morton in 2010 and elaborated in his book Hyperobjects Philosophy and Ecology after the end of the world (University of Minnesota Press, 2013).